Skip to content
Home › From the Archives: experiences of doing historical demography in Northern Ghana

From the Archives: experiences of doing historical demography in Northern Ghana

Historians of Africa are continually thwarted by the lack of reliable statistics about African populations in the past. No authoritative estimates are available. Most are guesswork (Fyfe and McMaster, 1977).

Forty years have passed since that meeting and yet similar statements still feature in the introductions of research papers on African demography. Even so, significant progress has undoubtedly been made in this field. The Edinburgh meetings stimulated much research during the 1980s, that took advantage of colonial censuses, hospital records as well as an array of oral sources (Cordell et al, 2016). Where attention has been paid, studies have tended to concentrate in Eastern and Southern Africa where Christian missions of all denominations embedded a new culture of record keeping. Despite the dominance of Islam in West Africa, Christian missions have also left their mark. Edward Morgan’s doctoral research turns attention towards Northern Ghana in West Africa, which is home to one of the oldest Catholic missions in the country.

From late February to early April 2017, Edward undertook his first fieldwork trip to Navrongo, where he photographed the entire archive of parish registers at the Cathedral Basilica of Our Lady of Seven Sorrows, in order to collect data for a historical reconstruction of the local catholic population. Here, he shares his experiences:

A range of historical population records are available to historical demographers. Perhaps the most relied upon for a reasonable sample of a population, especially in European historical demography, has been parish registers (Willigan et al, 1983). These registers, often archived in hidden corners of churches throughout Christendom, offer insights into the demography of communities – historic and contemporary – otherwise unrecorded by modern methods of data collection. Parish registers exist in several forms depending on location and time period, however they are generally records of baptisms, marriages and burials made by the church. They each contain valuable information of – amongst other things – birth and death dates which can be used to estimate the length of lives and give a real sense of the prevailing health conditions of the period.

For the most part, hidden corners of churches are where many parish registers remain to this day. Undigitised and often in very poor condition, perhaps the only record of some populations can be found in books falling apart at the seams. Few studies exist that attempt to capture the historical demography of Sub-Saharan Africa. Those that have, as Walters (2016) outlines, have used Christian baptism and burial registers to reconstruct birth and death patterns. My own doctoral fieldwork follows this style of research and recently took me to Navrongo in Northern Ghana, where I took up the task of photographing the entire archive of parish records held by the Catholic Cathedral in Navrongo, pictured above. 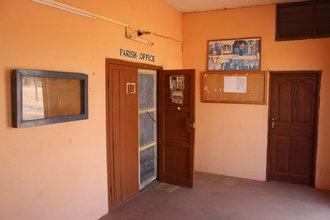 This parish is of interest because it was the site of the first catholic mission in Ghana, founded in 1906 by three members of the White Fathers missionary group. Navrongo is located in the far north of Ghana, 10 kilometres from the border with Burkina Faso. The town was founded in 1740 as a staging post on the Sahel caravan route. Since the establishment of the catholic mission in Navrongo by French priests travelling from Ouagadougou, the town became the centre of Catholicism in northern Ghana. Inevitably, the new-found presence of Catholicism brought tensions to the region, initially with the adherents of traditional religions but also with Presbyterians and Methodists as the spread of Catholicism travelled southwards. Given Navrongo is an active parish to this day, the records they hold represent a 111-year period of recent history and holds great promise in being able to describe contemporary population patterns of the area.

Parish registers often contain detailed micro-level data about individuals from cradle to grave. This information is often demographic, such as sex and number of children, but also marks vital events such as birth and death dates as well as religious milestones such as baptism, first communion and confirmation. In addition, geographical data is often available, offering some opportunity for historical spatial analyses at the micro-scale. The more fortunate researcher might also come across data concerning an individual’s attendance at mass, which is also a very useful signifier, especially in studies using survival models on a dataset where there is considerable number of death dates missing. With the addition of non-demographic variables such as climatic and economic data, one can begin to ask questions about the area’s demographic response to economic and environmental stress and begin to make judgements about the society’s resilience to external catastrophic events. 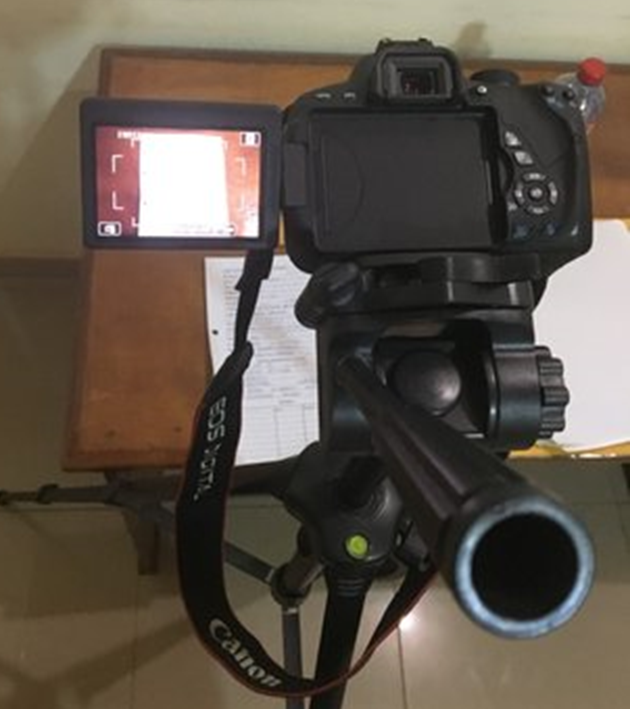 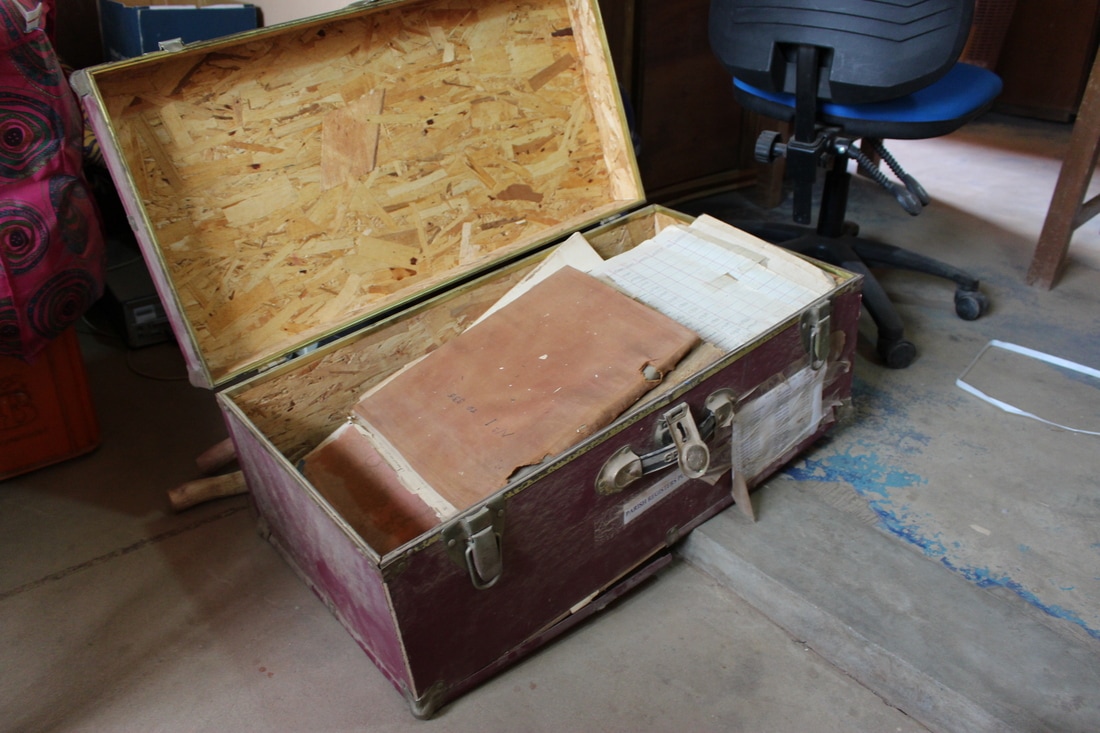 Make no mistake, there is something deeply masochistic about this kind of research. A six-week trip from late February to early April of this year saw nearly 22,000 photos being taken. With each photo – with varying degrees of success – photographed in accordance with the British Library’s endangered archives guidelines. This work was done during the peak of Northern Ghana’s dry season, which saw mid-afternoon temperatures regularly reach 43°C. In this regard, data collection felt like a real test of endurance, in both the physical and academic sense.

Given this project has – in one form or another – been in the planning for a couple of years, it was a huge relief to find a huge archive of records upon arrival in Navrongo. The parish held 16,312 parish cards, 32 books of marriage certificates, 28 baptism registers, 13 confirmation registers, 4 marriage registers, 3 death registers, a first holy communion register and a cemetery register. Inevitably, it is now the task to digitise and clean all this data (see above). Given the relative ease to which I was granted permission to access the archives, my only other concern for the project was the condition the records were in. Happily, for the most part, records were generally legible, even those dating back to the earliest years of the parish. Some books however, were in a very sorry state, often crumbling in my hands as I manoeuvred them towards my tripod. Being respectful to the source material became one of the greatest challenges I faced as a field researcher.

Beyond the digitisation and description of this data, my next step will be to link this data with the contiguous health and demographic surveillance site conducted and managed at the nearby Navrongo Health Research Centre. The purpose of this will be to validate recent dates, estimate any adjustment factors and evaluate the level of missingness in the parish register data in order to assess the quality of the church records. At the time of writing, however, this will be a job for next year. Until then I look forward to another productive trip in the future, just not during the dry season.

Edward Morgan is a PhD candidate (2016-present) with the Population Studies Group at the London School of Hygiene and Tropical Medicine. His research focuses on reconstructing long term demographic trends in West Africa and understanding how these trends interact with social and economic development. His particular focus is on modern…  Read more