The richness and professionalism of the Senegalese national archives has long been acknowledged by historians of West Africa. Unlike several other countries in West Africa, where political upheaval or civil war have inflicted considerable damage on archival institutions, the Senegalese archives have been well-preserved and continuously used since the colonial period.

The Dakar archives are actually three archives in one. The first are the ‘federal’ archives of French West Africa, generated by a government ruled from Dakar that oversaw what are now Senegal, Mauritania, Mali, Burkina Faso, Mali, Côte d’Ivoire, Benin and Guinea. Unlike the federal archives of French Equatorial Africa or Indochina, these archives were kept in Dakar after independence. This means that historians of all parts of former Federation come to Dakar for research on the period from 1895 to 1960. The second archive is that of the colony of Senegal. Though French rule had been properly established on the islands of Saint-Louis and Gorée as far back as the seventeenth century, the bulk of the documentation in this archive is from the nineteenth and twentieth centuries. Finally, the third archive consists of documentation from the Republic of Senegal since 1960. Though in theory this is available for consultation after a 30-year delay period, in practice only a small selection of documents from the very first years of independence have been sorted and are available to researchers; thus writing the post-1960 economic history of Senegal from archival sources may not be possible for some time.

Figure 1. Drawing of a Euro-African slave owner in mid-19th century colonial Senegal. The Archives contain rich documentation of the economic lives of the slaveholding elite in the first half of the nineteenth century. Source: David Boilat, Esquisses sénégalaises, (P. Bertrand, Paris) 1953.

The experience of researching in the archives is a very pleasant and logistically simple one. The archives are easy to access, and there is no registration fee, nor any need for prior authorisation or permission. Aside from the daily limit of 5 folders (which, owing to the unequal size of folders, can sometimes pose a real and unexpected constraint) the only restrictions on consultation of the colonial-era documents are those imposed by the state of the holdings. Some of the very early documents, especially those dealing with slavery, are in a poor state, and access may be refused in order to prevent further damage. There is a relatively small reading room, often quite full; there are no restrictions on taking photos. The archives also serve as the national library for Senegal, and therefore serve as a complementary collection to the university libraries for many local researchers on a wide variety of topics. Though the archives are obviously a major destination for foreign researchers, they are also heavily used by Senegalese researchers, particularly graduate students at the Université Cheikh Anta Diop, the home of one of the most prestigious history departments in West Africa. Though the output of historical writing at UCAD is no longer quite as voluminous as it was during the heyday of the ‘Dakar School’ in the 1970s and 1980s, Western historians should be aware of the large number of dissertations held at the UCAD university library and sometimes available at the National Archives on especially Senegalese history that are not yet published, and which may be of vital interest to future work. 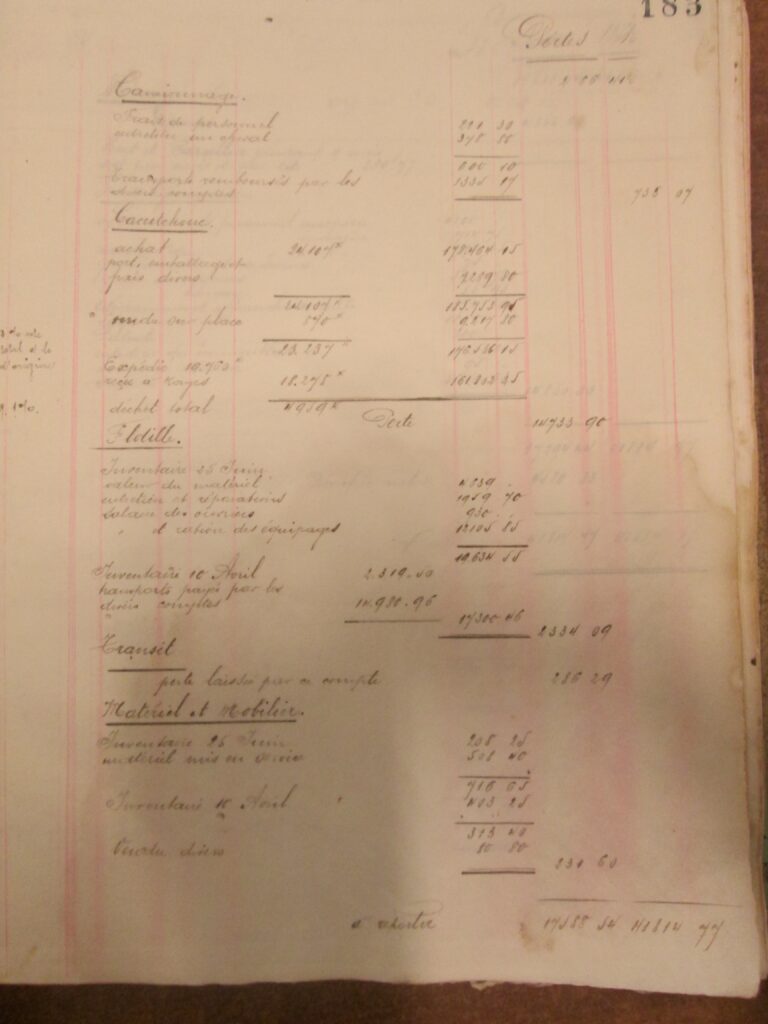 The potential for writing quantitative economic history with these archives is yet to be fully explored. As there is no French equivalent to the British colonial Blue Books, time series can sometimes be assembled from the various annual and quarterly departmental reports, of which the Dakar archives possess by far the most complete collection. Non-Senegalese researchers hoping to collect historical statistics from these reports should however be prepared to spend a good deal of time in Dakar, since each year’s report (sometimes only three or four pages, depending on the particular department) counts as one folder towards the daily limit of five folders. There are also dedicated archival series dealing with economic affairs, with agriculture and with statistics, though each of these is much more heavily weighted towards the final few decades of colonial rule. Two series which deserve a much more thorough treatment than has previously been accorded them are the ones dealing with agricultural cooperatives as well as the private archives of the Maurel et Prom trading company. Unfortunately, the classification system of the archives themselves can sometimes mean that regularly collected information is dispersed throughout many different series. For example, in order to collect a real wage series for Dakar, I had to consult well over fifty folders to collate the necessary retail price data, which, though collected on a regular basis, has not been preserved in any one archival series.

Given the recent efflorescence of new writing on West Africa’s economic past, it is somewhat surprising that the considerable material in Archives nationales du Sénégal has not yet featured in much new published work. Fortunately, a renewed interest in economic history among local researchers promises to change this state of affairs very soon.

Tom Westland is a PhD student in economic history at the University of Cambridge, working on the patterns and determinants of long-run structural change in the Senegalese economy from the early 19th century to the 21st  Read more