In sub-Saharan Africa, around 2005, about 20% of marriages are interethnic and about 10% are interfaith, demonstrating that ethnic and religious boundaries are not always barriers to close personal relationships. Interethnic marriages are more frequent among younger cohorts, a change that is likely due in part to evolving social norms.

What can we learn from studying intermarriage shares?

The shares of intermarriages have long been used to study the salience of cleavages within societies (Kalmijn 1998). Looking at marriage patterns gives us a sense of who meets whom and of who is thought of to be an acceptable match. In a recent paper (Crespin-Boucaud 2020), I study interethnic and interfaith marriage patterns in sub-Saharan Africa.

Since the publication of Easterly and Levine’s (1997) seminal paper, an extensive literature has debated whether ethnicity matters for economic and political outcomes in sub-Saharan Africa, yet little is known about how ethnicity matters to individuals’ everyday lives. As marriage is arguably one of the biggest welfare-impacting decisions an individual can make (Becker 1974), if ethnic identity matters to people, ethnicity should also influence marriage markets. Ethnicity is often thought of as an unalterable characteristic that is transmitted from parents to children (Chandra 2006). In contrast, religious identity in African countries is more fluid due to the possibilities of conversion. The interfaith marriage shares we observe are therefore lower bound estimates, as we only consider marriages in which spouses did not convert before marriage. If ethnic (religious) identity matters to individuals, then we would expect low shares of intermarriages along this identity dimension, as marrying within one’s group makes it more likely that ethnic (religious) identity is transmitted to the next generation (Bisin & Verdier 2000).

To examine these phenomena, I compare patterns of interethnic and interfaith marriages. I use Demographic and Health Surveys (DHS) from 15 countries for which information on respondents’ ethnic identity was collected. I use ethnic classifications that are country-specific, but a religious classification that is common to all countries. Respondents are classified as either Christian, Muslim, or African traditional religions and other beliefs.

Marriages across ethnic and religious lines: far from rare 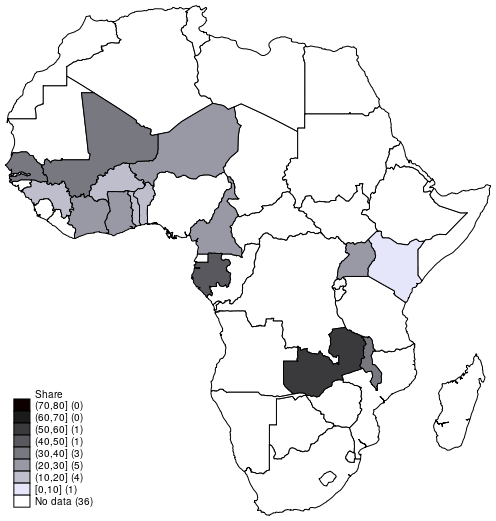 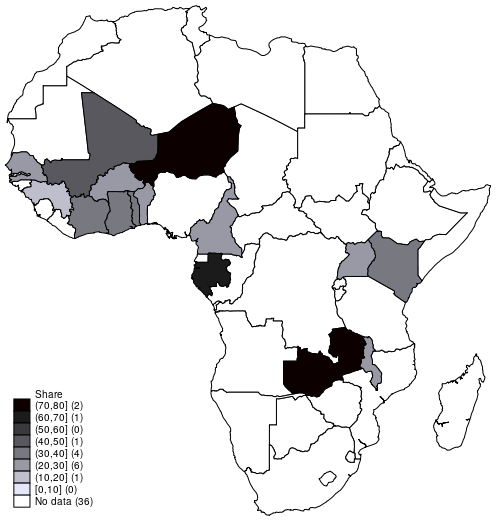 Figure 2 shows the shares of each type of intermarriage by birth cohort of women, thus illustrating the rate of change in intermarriage shares. It shows that the share of interethnic marriages has increased over time in the pooled sample. There is no country where interethnic marriages have become less frequent. The share of interfaith marriages, in contrast, decreased in the pooled sample. Only in Cameroon did interfaith marriages become more frequent. The share of Muslim-Christian marriages remained stable. 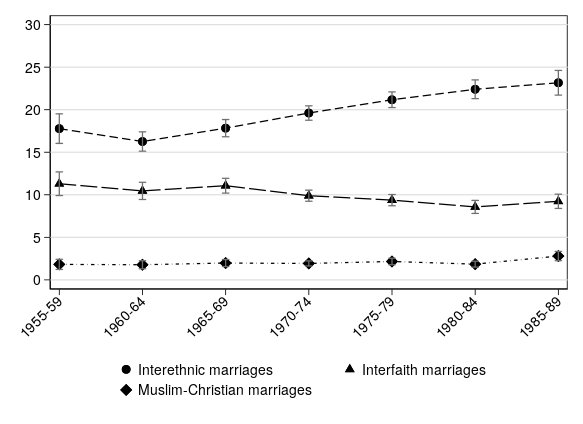 Increasing interethnic marriage shares are likely to be due to the combined effects of increased education levels, urbanization, and changes in norms. Using regression analysis to examine the correlates of being in an interethnic marriage shows an increase in interethnic marriage shares of 4.2 percentage points between the cohort born in 1960 cohort and the one born in 1985, even after education and urban residence are controlled for. Increased mixing and changes in preferences and norms are likely to be driving this effect. In contrast, interfaith marriages have decreased due to a decrease in the share of people identifying with faiths other than Islam and Christianity, in particular the decline in identification with traditional African religions. Thus there is no indication of a change in norms around interfaith marriages.

Studying interethnic marriages allows us to qualify some assumptions made about ethnic identity in sub-Saharan Africa. Most of the economic literature assumes that individuals belong to only one ethnic group. The high shares of interethnic marriages suggest that it is important to collect ethnic data in ways that allow people to tick multiple identity boxes and allow for a more nuanced understanding of ethnicity-based identities. These considerable rates of intermarriage in sub-Saharan Africa shows that group differences are not always barriers to marriage.

Juliette Crespin-Boucaud is a PhD student at the Paris School of Economics. Her research interests are development economics, economic history, and family economics.  Read more