Currently Africa, accounting in May 2020 for only 0.8% of confirmed cases and 0.6% of deaths worldwide, is marginal to global analysis of coronavirus. This situation seems likely to change, given the fragility of African health systems, the prevalence of underlying health conditions such as AIDS and tuberculosis, the density of urban populations, and the difficulties faced by many households in achieving social distancing, isolation, and frequent handwashing. The direct impact of the pandemic may nonetheless be limited by Africa’s youthful age structure and strong practices of social solidarity. But the indirect consequences, such as the undermining of the WHO, the interruption and likely refocusing of global health research, and the abrupt interruption of networks of trade and investment, seem likely to be disproportionately negative for Africa.

Pandemics and scale: from the household to international relations

Covid-19, like all epidemics, provides unique challenges, but historical reflection provides some indicators of developments that might be anticipated as coronavirus both disrupts and adapts to societies across the continent. The Journal of African History has put together an open-access virtual special issue which highlights key insights which can be drawn from the journal’s many articles and book reviews analyzing African epidemics and public health over recent centuries. These have made vital contributions to African historical epidemiology; but, crucially, they have also enhanced our understanding of the broader impact of outbreaks of disease. Their range reminds us that pandemics operate, and need to be analyzed, at varying scales. Covid-19, like many diseases in the past, will reshape international relations, threaten the capacity of national economies and legitimacy of the state, and apply intense pressure to the mutual care and spiritual beliefs that sustain, connect, and sometimes divide communities and households.

Emergence and spread: bushmeat and globalization

The breadth of Africanist historians’ contribution to understanding is best captured within the two contributions to the Journal’s 2013 forum: “Health and Illness in African History”. Both James Webb and Tamara Giles-Vernick et al. emphasize the vital importance of ensuring that biomedical researchers engage with historians’ perspectives on disease processes. Webb notes that understanding how pathogens shift from animals to humans requires an understanding not only of wet markets or bushmeat economies but also biome conversion through urbanization and the domestication of natural environments. As Giles-Vernick et al.’s analysis of how West African simian viruses were transformed into HIV a century or more ago shows, fully-fledged globalization and air travel may accelerate the development of a global pandemic, but they are not necessary preconditions. Global health is structured to explain how new pathogens emerge and spread, but why novel threats to our health develop requires an understanding of the historical evolution of specific socioeconomic conditions, not molecular surveillance.

The politics of epidemics

That epidemics are deeply political events is highlighted in William Cohen’s 1983 article examining the relationship between malaria control and French imperial expansion. In all modern epidemics, the risk of infection and the entitlement to health protection are unequally shared; as Cohen demonstrates, the logic of empire made such categorizations particularly transparent, with colonial regimes deliberately employing African auxiliaries to limit the risk faced by vulnerable yet valued European troops.

Imperial conquest permitted the control of some diseases, but facilitated the spread of others, most notably sleeping sickness. This disease, which killed more than half a million people across equatorial Africa during the early twentieth century, prompted programmes of remarkable interventionism. As Maryinez Lyons’ 1985 article demonstrates, humanitarianism provided legitimization for the achievement of larger imperial goals. States not only define what constitutes an epidemic but seek to contain disease outbreaks in ways which enhance their powers. Sleeping sickness established a culture of intrusive governance in the Belgian Congo which outlasted the epidemic itself. Sleeping sickness controls in the Congo bear many similarities to those employed against coronavirus: mass confinement, the closure of borders, the issuance of medical passports, the rushed introduction of experimental medications with unanticipated side-effects, the separation of the sick and dying from their families, and the pressure from business interests to reopen local economies. The role of epidemics in reshaping the relationship between subject and state is clearly illuminated by Mari Webel’s 2013 article. Webel’s analysis of sleeping sickness illustrates how epidemics profoundly unsettle local power dynamics. Implementation of disease control measures requires the employment of intermediaries, whose access to resources and knowledge reshape patterns of exchange, patronage, evasion, and negotiation.

State legitimacy and the inequities of quarantine

Historical analogies for Covid-19 have landed most frequently on the influenza pandemic of 1918-19, partly because of the rapidity with which it spread around the globe, but also because of symptomatic similarity. Like Covid-19, Africa has been largely written out of global accounts of “Spanish flu”, yet, as David Patterson reported in 1983, perhaps 2 million Africans died during that pandemic. The silence in the record, like the heavy mortality rates, reflected the limitations of the early colonial public health system, worsened by wartime underinvestment. Influenza in 1918-19 was both more infectious and more deadly than coronavirus, affecting perhaps 80% of the population and killing c. 4%. Only communities’ observation of rising mortality forced households across the Gold Coast to isolate. The legacy of influenza took form in popular frustration at a system of governance which appeared uncaring and incompetent. South Africa fared little better, as Randall Packard’s review of Howard Phillips’ Black October reveals, although Phillips focused on using the epidemic to highlight the consequences for health of the structural inequalities of racial capitalism. This theme of structural vulnerability to epidemic, shaped in part by the prevalence of that classic colonial underlying condition, malnutrition, also features prominently in Jill Dias’ 1981 longue durée history of disease in Angola. In addition, Dias’ analysis of the interrelationship between disease outbreaks, economic disruption, and famine provides a valuable reminder of the fragility of food production and distribution across the continent.

In 1993, Randall Packard used another respiratory disease, pneumonia, to highlight the devastating impact of poverty and political exclusion on medical outcomes. His analysis of the shockingly high morbidity and mortality among Central African workers in South Africa’s mines shows that while disease may not respect status, preventive and curative medicine do. His observation that economic elites found it cheaper to invest in vaccine research than to reduce the risk of infection holds important lessons for students of the current pandemic, as does authorities’ blaming the susceptibility of vulnerable groups on their own cultural and biological characteristics.

Packard built on a theme developed in Maynard Swanson’s 1977 article exploring bubonic plague and South Africa’s sanitation syndrome. For Swanson, authorities viewed infectious disease as a societal metaphor which both required and justified racial segregation. Diseases which appeared to reflect lines of class and ethnic inequality associated the poor and people of colour with danger and disorder. As Swanson showed, epidemiology reflected anti-competitive racial logics more than objective science.

Medically-justified segregation highlighted in extreme form the inequities inherent in systems of medical quarantine and isolation, as discussed with regard to colonial Senegal in Kalala Ngalamulume’s 2004 article and James Searing’s 2003 review of Myron Echenberg’s Black Death, White Medicine. These studies remind us how the threats posed by diseases evolve as they encounter new environments, with yellow fever, a disease of the forest, adapting to an urban milieu, and plague, initially understood as a disease of globalization, quickly taking root in local ecological niches. Both studies highlight the stigmatization and structured neglect of the urban poor and the efficacy of protest against discriminatory disease control, often stimulated by authorities’ disregard for individual rights and private space.

As societies are being fundamentally remodeled to limit the immediate mortality caused by Covid-19, already it is clear that morbidity and mortality from some other illnesses will escalate. Epidemics require and attract resources previously earmarked for less urgent needs; the impact of this reallocation on the management of conditions such as cancer, diabetes, and HIV are likely to be significant, but such problems may fall down global health agendas’ list of priorities. As Neil Kodesh’s 2015 review of Julie Livingston’s Improvising Medicine emphasizes, diseases are rendered invisible where they do not fit currently-dominant models of disease. Livingston’s work also reminds us that Covid-related clinical knowledge which develops in the Global North may not translate comfortably into African clinical contexts, where medical staff and families alike must negotiate avenues through complex, under-resourced medical systems.

Africa’s evolving position within a globalizing world is the subject of the final element in this virtual special issue, Laura Tilghman’s 2015 review of Abena Dove Osseo-Abare’s Bitter Roots. While Livingstone’s work focuses on clinicians’ relationships with their patients, Osseo-Abare emphasizes division within the world of bioprospecting. As the global quest for effective treatments for Covid-19 progresses, so it seems likely that African medicinal plants will be mined for exploitable curative properties. Osseo-Abare shows that disease may be universal, but clinical knowledge is constrained by national, commercial, and professional barriers – an insight directly relevant to the present pandemic. 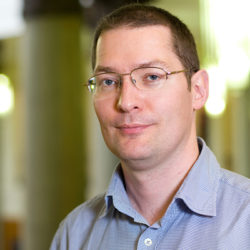