When discussing currency matters, colonial officials often observed that Africans had no pockets as an explanation for Africans’ use of strings of cowrie shells or beads as money carried around their necks. The dichotomy between pocketed and strung currencies brings to light different perceptions and uses of money. This article (Pallaver 2015) situates itself into a historiography that has in the last two decades criticized the “currency revolution” paradigm, which depicts the monetary transition of the colonial period as a moment in which “modern money” facilitated exchange and replaced local, African currencies. It joins growing bodies of scholarship that propose new and more nuanced definitions and understandings of money and focus on the diverse roles of money in the economies and societies of newly created nation-states.

Based on primary sources from Uganda (see ‘note on sources’ at the end of this summary), this article deepens our understanding of money in terms of its actual circulation. It shows that the monetary system that resulted from the imposition of colonial rule was the result of the convergence of different systems of value and monetary practices. Monetization in the colonial period was not an abrupt change from the customary usage of certain commodity currencies to a system of interchangeable coins and notes introduced by the colonial power. Rather, changes unfolded gradually and unpredictably.

Currencies in Buganda over the long term

Recurrent currency changes were more endemic in precolonial African societies than is generally assumed, with monetary developments usually reflective of broader trends of commercial expansion (Lovejoy 1975). Evidence points to a variety of currencies used in the kingdom of Buganda in central Uganda before colonization. Barkcloth, beads (ensinda), and ivory discs (obusanga) were in use before the arrival of coastal traders who introduced cowrie shells (simbi) in the early nineteenth century. The fragmentary evidence available suggests the existence of a process in which different currencies were gradually adopted for a variety of transactions. Simbi, ensinda and obusanga were all bored so that they could be put on strings in order to facilitate accounting and create larger currency denominations. Alongside their symbolic and ornamental uses, they were also all characterized by their low fungibility. The Baganda King controlled currencies by limiting the amounts in circulation and enforcing their acceptance by levying tributes and fees.

In the early colonial period, the British introduced the rupee. The rupee was used in the payment of colonial taxes and wages and became the currency that mediated the economic exchanges between the colonizers and the colonized. However, in their daily transactions, Africans continued to use cowrie shells. This reflected the limited reach of the colonial state at this stage, as well as the incompleteness of the colonial currency. Despite the colonial intention of building a single legal tender in the Uganda Protectorate, colonial money left gaps that were easily filled by existing currencies, creating a mixed monetary system. Both coins and commodity currencies were in circulation and, eventually, complemented one another, with cowries used as small denomination “coins” in relation to the rupee.

From cowries to coins?

Even after the British introduced a ban on cowrie shells in 1901, the Baganda courts continued to levy fines and taxes in both shells and colonial currency through at least the first decade of the twentieth century. Peasants generally paid fines in shells, whereas chiefs paid in rupees. Unsurprisingly, the British paid chiefs’ salaries in rupees, the currency used to mediate the economic exchanges between the government and its subjects. For the chiefs, being paid in rupees – like the possession of cattle – became a marker of status. Labour wages were paid in either shells or colonial money: monthly labour was paid in rupees, daily labour in shells. There were some transactions in which only cowries could be used, such as in a marriage ceremony or the payment of market fees. In other payments, however, cowries and rupees could be used interchangeably. The continued use of different currencies is further evident in the ways in which people stored wealth. For example, when Chief Kamugoro of Buddu in the Buganda Kingdom died in 1902, he left 30 cows, 300,000 shells, five loads of cloth, and 10 goats.

The introduction of cents

To solve the problem of the continuing circulation of cowries, the British introduced cent coins in 1905. They decided to mint these small denomination coins with a hole in them so – they believed – “people without pockets” could easily carry them around. The relation of the rupee to the new subsidiary coins was clearly created according to the relationship of the rupee with the cowrie shell. One rupee corresponded to 10 kiasa (1,000 cowrie shells), 50 cents corresponded to 500 shells, 25 cents to 250 shells, 10 cents to one kiasa (100 shells), five cents to 50 shells, one cent to 10 shells, and one-tenth of a cent to one shell. It is evident that the new monetary system mirrored the existing one based on cowries and was modelled on the way in which the shells were counted. Soon, however, the British realized that it was impractical and uneconomical to mint any coin that could compete with the cowrie. The costs for minting one-tenth cent coins at the Royal Mint in Britain, shipping them to the East African coast, and then transporting them overland by railway to Uganda were too high to make these coins profitable in any way. The currency policy had to be readjusted, demonstrating once again the problematic nature of currency control (Herbst 2002).

The analysis of local uses of money in relation to colonial currency policies shows that the currency transition of the early colonial period was not an encounter of mutually exclusive forces, but rather the result of the incorporation of colonial currencies into existing economic practices. Looking at this process in the framework of long-term change highlights the dynamism of African monetary practices. The case of Uganda points toward an interpretation of the monetary history of Africa over the long-term as a series of mutual adjustments, in which local ways of handling, counting, and storing money often played a significant role in shaping the outcome of the process.

A note on sources

In order to gain a comprehensive picture of the currency situation, colonial reports and correspondence from the National Archives (London) and the Uganda National Archives (Entebbe) have been combined with missionary sources and local administrative reports. The reports of the Mill Hill missionaries have provided a more on-the-ground perspective in comparison to colonial sources, as the missionaries meticulously recorded wages paid to their labourers, church offers, and prices on the local markets, as well as bridewealth payments. A further source of evidence has been the records of the Lukiiko, the Baganda institution that became a legislature, a court of appeal, and an advisory body for British officials upon the signing of the 1900 Uganda Agreement. With few parallels in other areas of Africa in this period, these records provide a unique insight not only into the ways in which a local African institution contributed to the implementation of colonial policies, but also into how different forms of money were used in the payment of court fees, fines, taxes, wages, and bridewealths. 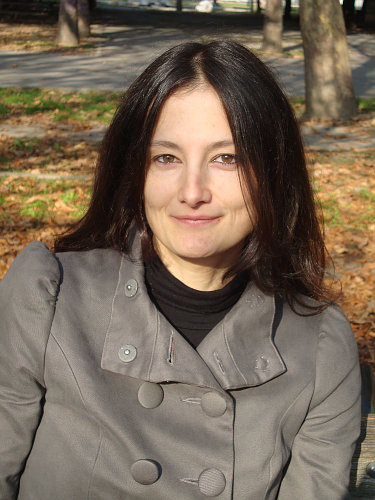 Karin Pallaver is Associate Professor of African History at the University of Bologna, where she teaches Modern African History, Africa and the World, and Indian Ocean History. She previously worked as a researcher in the Coins and Medals Department at the British Museum in London. Her research focuses on the social and economic history of…
Read more

We use cookies to offer you a better browsing experience, analyze site traffic, and personalize content. Read about how we use cookies and how you can control them by clicking "Privacy Preferences". If you continue to use this site, you consent to our use of cookies.